The basis of a 17th century Dutch house

The project the currently occupies the most of my time, is currently "Rembrandt's Bakermat" which roughly translates to: the birthplace of Rembrandt. The good man grew up as a boy in the city of Leiden, an, at the time, prominent town in the Dutch United Republic.

His home would have been pretty average looking for a normal burgher of a prosperous town. And thanks to the many painters of his age, himself not forgotten, we have a pretty clear idea of what such a home would have looked like.

While we are still in the planning phase of the project, I went ahead and created some detailed pieces in advance, to get an idea of what we are going for. 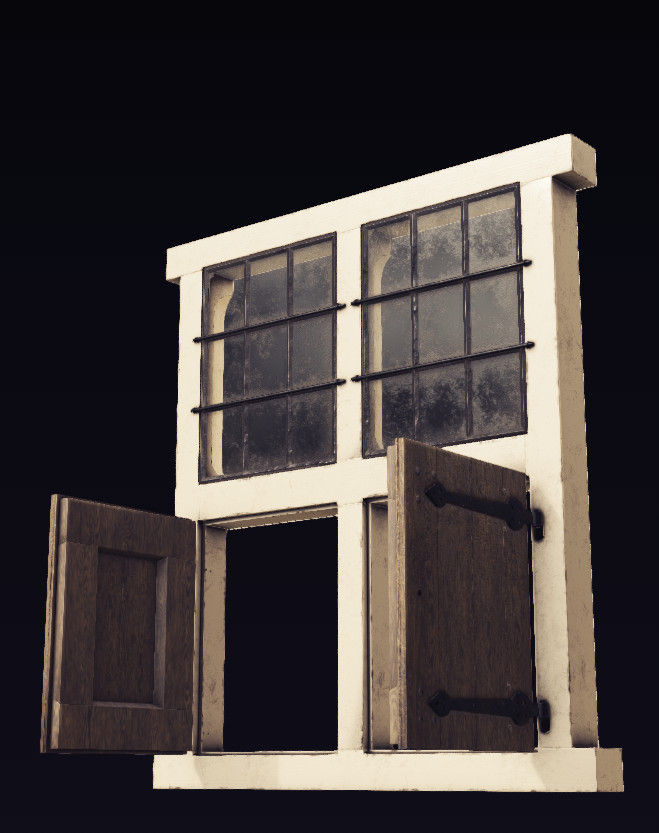 Windows of the day were made of a strong wooden frame, small glass panels set in lead and wooden shutters. Glass was expensive at the time, so it was not uncommon to only find the top half with glass. If there was enough then openable windows would have been mounted on the bottom inside.

These glass panels are actually too big, I over estimated the size since my original reference didn't show the correct ones. I will correct this later.

The floor would have been made from terracotta stone. The same material as used for the orange rooftops. These tiles were backed from clay and sometimes glaced for more durability. Richer homes might have other colors or even marble floors, but for the average citizen was this not doable.

This texture doubled for me as practice for Substance Designer. I haven't had a chance to play around with the program before. But I got the hang of it pretty quickly. Stone tiles are not the hardest texture to make.

For those of you who worried that I dropped the last project of the castle. I did not, but this project asks for the priority right now.