The prototype is an important step in the production. To get a good feel for what the final building is going to be, I worked on a relatively quick setup for the house. This was based upon schematics provided by the Construction historian in our team. To get a useful building, I decided to make every wall a separate object. This way we can update the prototypes separately and have a basis for a good nice Level of Detail system. The result looked like a building under construction, which was pretty nice in itself. 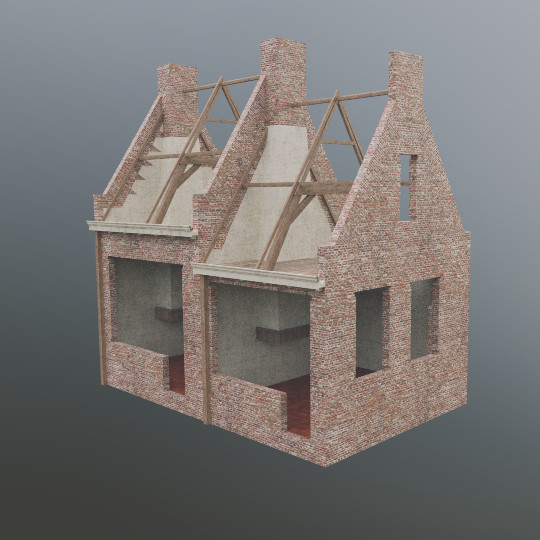 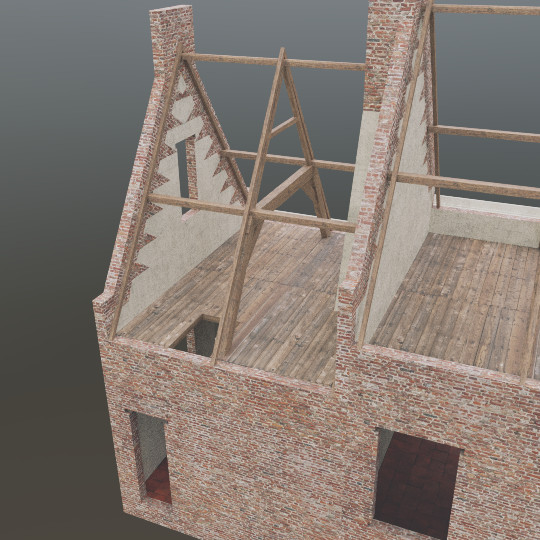 I spend little time on the textures, mainly focusing on getting a proper idea. So the current textures I quite standard, taken from texture sites with a quick normal maps. The point was to get the idea across and to look around and get a spatial idea of the building. When we added the windows I mentioned in the previous blog, it really starts to look like something. The doors are for now, just copied shutters. these allowed me to make a dutch door design, with the two parts seperate. 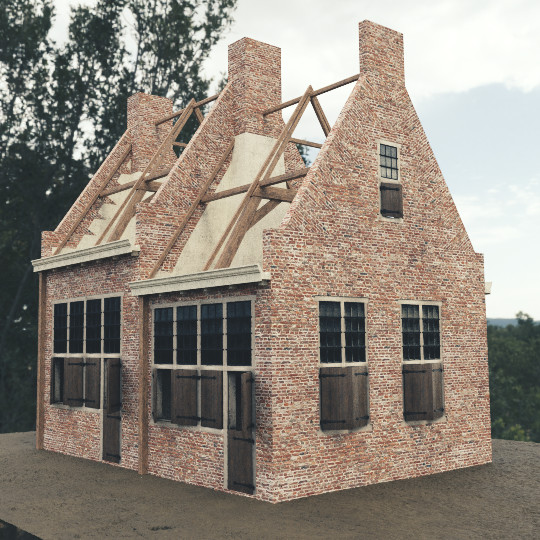 And then the finishing touch with a photo scanned roof gave us this. The final image is rendered in Eevee. I had some struggles with the inside shadows leaking to the outside walls. 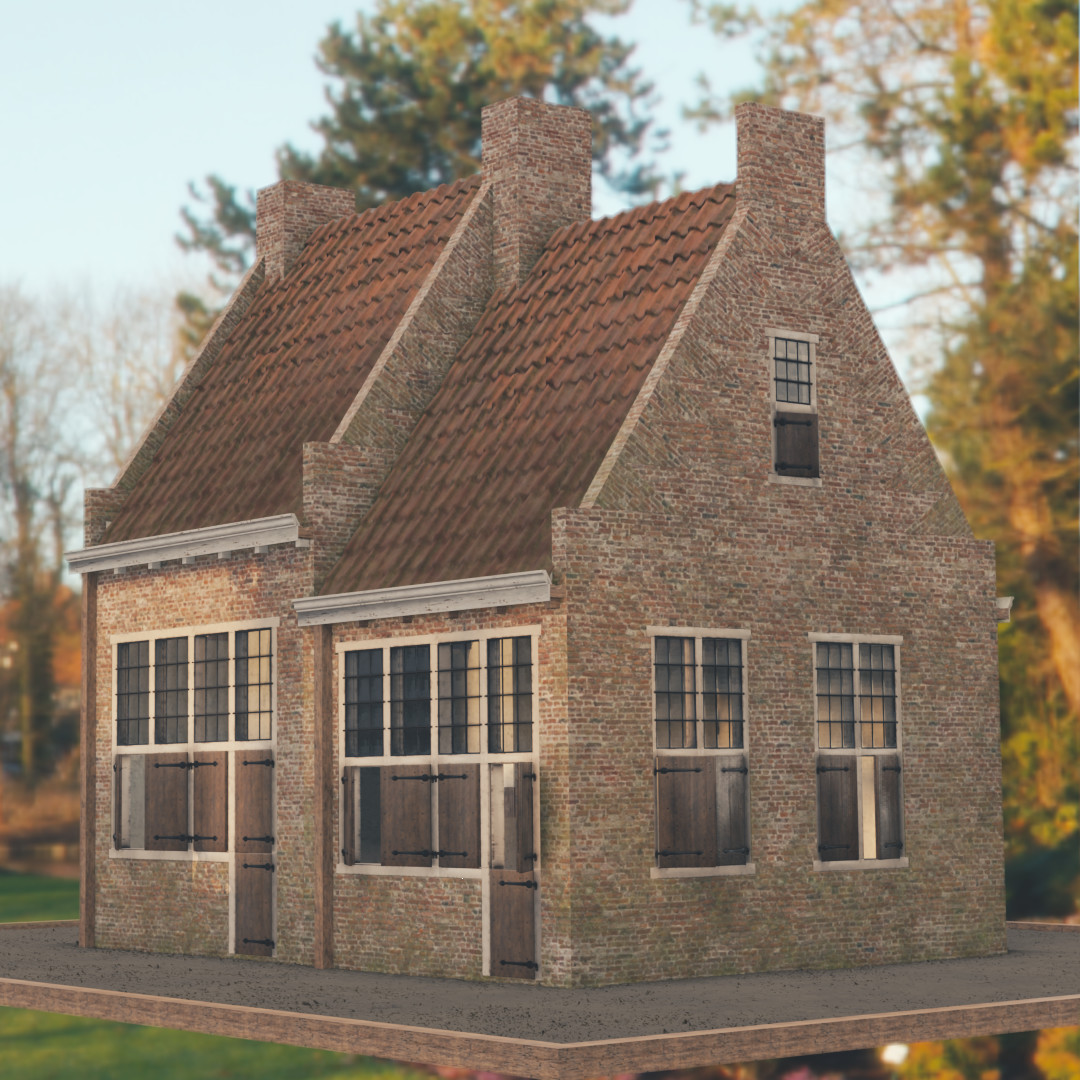 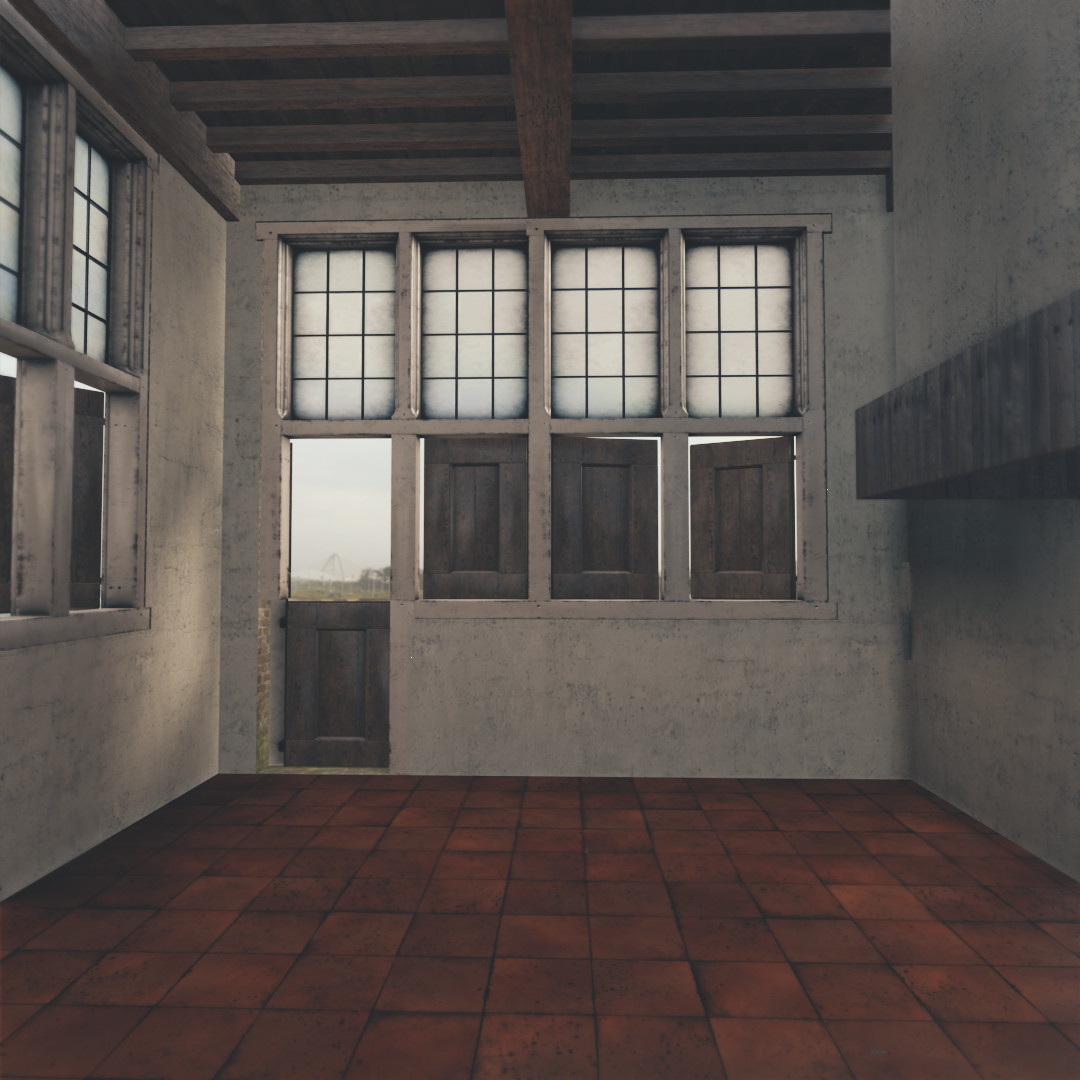 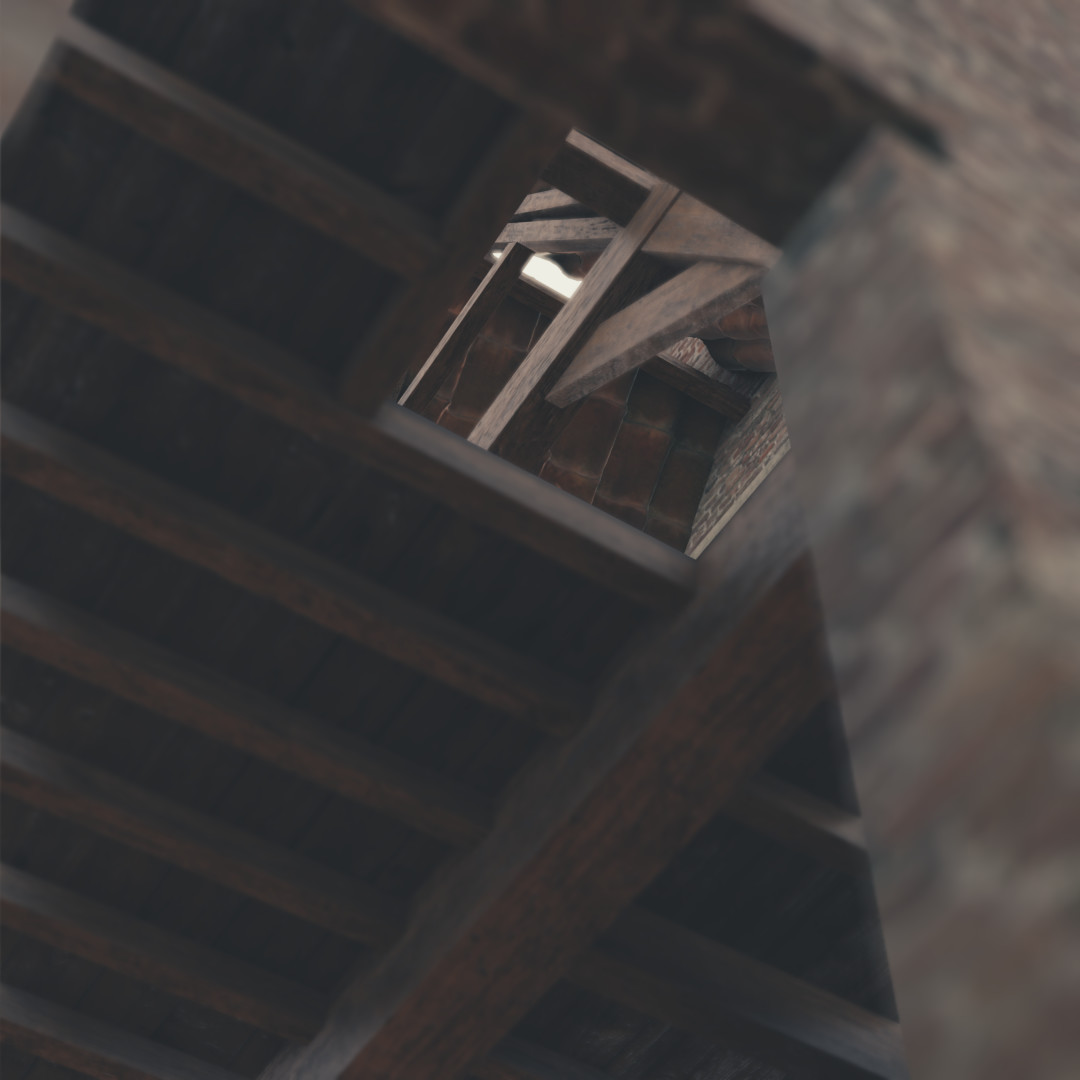 Next up i will make some more traditional facades for the neighboring houses. To give is a full street and we will start to get a good impression of the scene.